This is the final post of this series. Here’s what we’ve covered so far:

Now that we know that Charlotte and Barbara were sisters, this opens up new avenues to pursue to determine who their parents were. So what are the possibilities?

Well, first up, there’s the story that Charlotte’s father was a British Army Officer whose regiment was stationed in Charlottetown, PEI. Well, it turns out that the earliest British Regiment on Prince Edward Island was established in 1783, 7 years after Charlotte’s birth and one year after Barbara’s. However, there was a militia called “Callbeck’s Provincial Company” from 1776 to 1783. So it could be that Charlotte’s father was a local resident who was part of the militia. Unfortunately, we’ve yet to locate a listing of militia officers to confirm this.

Early British records from Prince Edward Island show that there were three Richardsons on the Island in the late 1700s, all in Charlottetown – James, George and Alexander.

Many people have Barbara Richardson’s parents as Alexander Richardson and Ann Whittingham. They were married in England in 1779 and arrived in Charlottetown in 1780, two years before Barbara’s birth in 1782. However, if Charlotte and Barbara were sisters, we can rule them out as their parents, since Charlotte was born in 1776 on PEI, a full four years before Alexander and Ann arrived.

So that leaves James or George. While we don’t yet have conclusive evidence, James seems to be the more likely candidate. For one thing, the earliest Island record for George Richardson is a land grant in 1779, whereas there are records for James as early as 1770, including a land grant in 1771.

And there are a couple of other facts that, while circumstantial, are consistent with James and Hannah being the parents of Charlotte and Barbara: 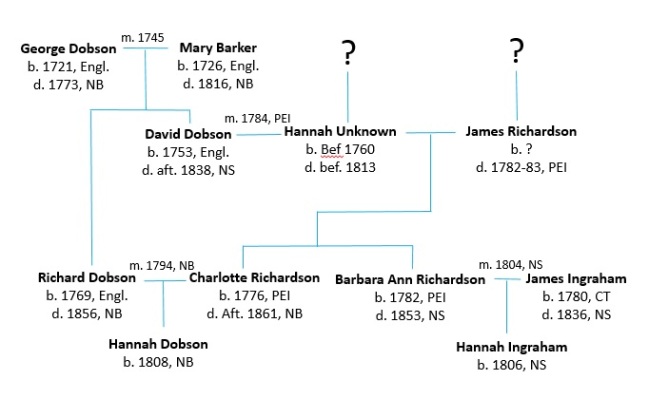 If indeed James and Hannah were Charlotte’s parents, we still don’t know where they were born or who their parents were. But we now have some avenues to explore that we didn’t have before. Could Hannah be from West Sussex, where my perfect match’s ancestor was born? It’s certainly a possibility. As for James, there’s evidence to suggest that James, George and Alexander Richardson were closely connected – maybe they were brothers? We’re still working on this.

In the first post of this series, I talked about DNA testing as fishing trips and hunting trips. mtDNA is not the ideal tool for a fishing trip. Even if you have perfect matches in the database, your common ancestor may well be too far back to be identified. But don’t discount mtDNA for genealogy! As I hope you’ve seen from this example, given the right conditions, mtDNA can be a very useful tool. 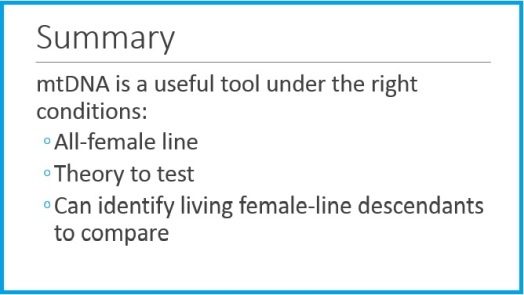 Overall, I think it’s pretty exciting that we’ve been able to use DNA to discover information about people who lived over 200 years ago. And while we haven’t definitively answered the question of who Charlotte Richardson’s parents were, we’re a lot closer than we were, thanks to mitochondrial DNA.

I’d love to hear your thoughts on this case study. I hope it was helpful!

If you would like to share this, I have created a blog page that provides links to all of the related posts. You can find that page here: https://leannecoopergenealogy.ca/using-mtdna-for-genealogy-a-case-study/

7 thoughts on “Using mtDNA for Genealogy: A Case Study – Conclusion”

This site uses Akismet to reduce spam. Learn how your comment data is processed. 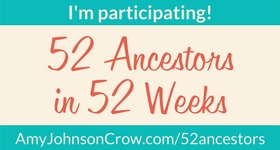